-->
Home
Business
Education
Why a "Stupid" Kid from a Rich Family be More Successful than a Smart Kid From a Poor Family?

Why a "Stupid" Kid from a Rich Family be More Successful than a Smart Kid From a Poor Family? 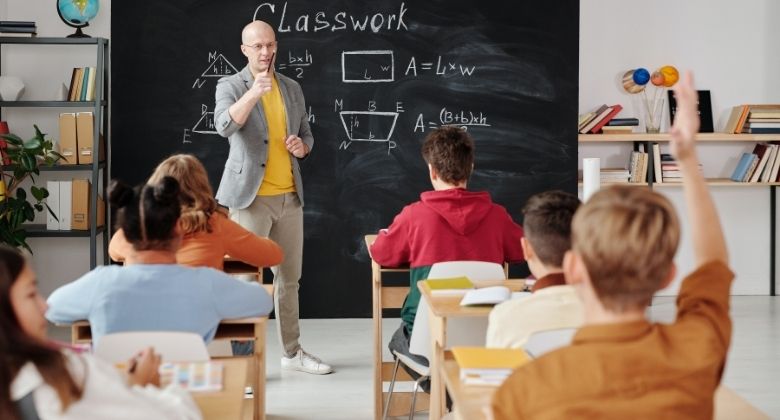 Being born as a stupid child from a rich family turns out to be more profitable than being born as a smart and smart child but from a poor family. A fact that is rather grim and worthy of contemplation.

But that's a fact revealed from a scientific study conducted by researchers at the Center on Education and Workforce, Georgetown University, USA.

The research was conducted in America, but it seems that similar results will also occur if the research is carried out in various other countries in the world, including Indonesia.

This means that ignorant children from rich families have a chance of success that is far beyond their smart friends but born from poor families.

Why did this rather dark fact happen? The answer may be simple: rich families have strong financial resources to send their children to college. On the other hand, with relatively poor parents.

Being able to independently finance our children to go to college to college, is an indicator to show that our parents are quite well off.

This means that if you were able to study for Bachelor's at the expense of your parents, it means that your parents are in the category of a well-off family. And don't take this for granted.

If your parents can afford to pay your bachelor's degree to completion, then it is a very valuable privilege.

You belong to the generation that is very lucky if you have ever graduated from college. Because in this country, only 8.5% of people are lucky to have enjoyed education up to university.

And other scientific facts are also important to note: studies in various countries in the world show that graduating from college will determine our financial success in the future. A study shows that the average income of undergraduate graduates is always much higher than that of high school graduates.

So if there are people who drop out of college and become successful and rich people, this is an anomaly.

Very, very rare incident. 1 in 10,000 ratios, or even more. So if there are people who say, you don't need to graduate from college, to be rich, then this person has been trapped in what is called "statistical ignorance".

One of them is that: these smart children from poor families have failed to continue their education at university. Many of them only go to high school or even junior high school, when in fact they have great academic potential.

However, due to lack of funds, they ended up not continuing their studies. This phenomenon often occurs in our country.

These smart children from poor families end up only graduating from high school or junior high school, and their financial future becomes quite gloomy, even though they have the potential to become great people.

However, because their parents were poor and underprivileged, their fate was thrown away.

The cycle then becomes even more somber: having only graduated from high school, these smart children will only get jobs with relatively low wages.

His income level will be stagnant in the long run. And because of that, when you have children, you will also find it difficult to pay for their children's college education. Finally, their children will also remain at a mediocre level of income, because they do not have higher education provisions.

Such a vicious circle explains why so many people are trapped in mediocrity for generations.

Because from the research above, there are also facts that we can implicitly capture, namely if someone is born from an underprivileged family (or is unable to pay for their children's tuition fees), then the chances of this child's financial success will drop. The chances of success will be much lower than for children who have strong financial support from their parents.

Children who are rather stupid from rich families will also tend to be more successful because they will also be free to get better facilities and quality of education.

His parents will be able to afford him to study on campus with good quality even though the cost is high. In addition, their parents will easily buy books, laptops or pay for the various courses they need, so that their children will be successful in the future.

The bottom line: financial support that is quite abundant from his parents will make this rather stupid child finally be able to achieve success in the future.

It is said that reportedly the wise sentence was once expressed by Jack Ma or Bill Gates.

Unfortunately, this heroic sentence does not fit the various scientific findings in the study of poverty. That is, if a person is born into a poor family, scientifically statistically, likely, he will also die in a poor state.