-->
Home
Tech
What Will Be The Implications Of The US-CHINA Technological War?

What Will Be The Implications Of The US-CHINA Technological War?

China’s growing technological advancements are surely a source of worry for the US. Its progress in Artificial Intelligence, US may need it as an ally 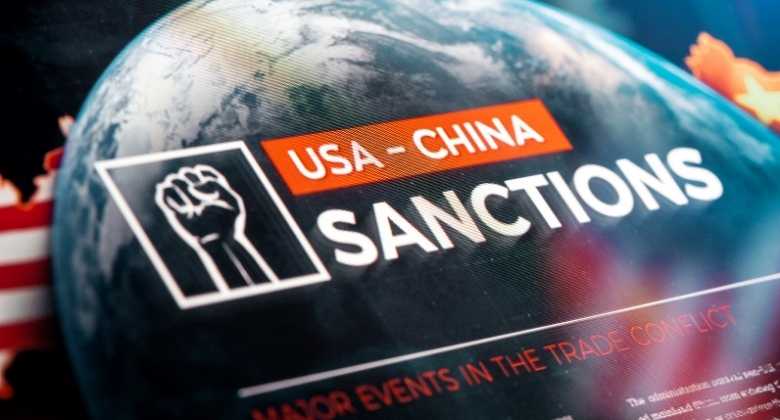 China’s growing technological advancements are surely a source of worry for the US. Its progress in Artificial Intelligence and other industries of the sort, where the US is hoping to improve, means that the US may need it as an ally.

To put it simply, both countries have now substantially increased tariffs on each other’s exports.

This is something that could take a serious toll on the overall economy of both countries, and China seems to blame the US for this.

It’s something a lot of creative content writers refrain from writing about due to their need to be impartial, but let’s talk about what this war means.

The immensity of the country is an obvious plus point for it in this war. The fluidity in the economy along with more access to data for the people makes their technological progress a lot easier, which means the US might find it difficult to keep up, especially in the AI sector.

Even in the commercial sector, China’s achievements might soon begin to pose a threat to the United States.

The Chinese government is well administered. They provide incentives to give rise to competition in areas like AI, with a lot of competition within Chine itself which means the growth in the sector is immense.

Considering how many different corporations exist in its huge population of 1.39 billion people.

China is, at the moment, a bit behind the US. But from the way things are progressing, the prediction that soon the US might have to work hard to keep up isn’t too far-fetched.

Here is what we can conclude from recent events; more than anything else, the root of this war is both country’s need to dominate.

They both want to be the alpha, but that is unfortunately not possible. Attempts have been made for potential reconciliation by President Trump, which we saw through his invitation to Xi Jinping for a dinner.

It has been made fairly clear through rhetoric that both sides are willing to engage, but the battle for global power combined with how threatened American leaders feel by China may be a recipe for disaster.

To America, global power goes hand in hand with protecting their nationality; they want it all. This means that while they may be willing to make a few minor compromises, anything that may threaten the country’s position in the world as a leading country will not be tolerated.

Certain cases of intellectual or economic property theft have further tarnished the relationship between the two countries, which is something that cannot be overlooked easily by either party.

The trade war does not help US debt it forces it to grow. Foreigners are currently purchasing40 cents out of every dollar issued, which is substantial considering the population and overall economic condition of the US.

Not only will this ruin chances of further trade with other countries, but it could also dethrone the US from a leading superpower and take away the global ranking it has worked so hard to build and protect thus far.

While inflation may be a cause for worry, costs can be permanently raised. Overall supply chains could be upset by this.

Even if China won’t get its imports directly from the US, it could get it from other countries that the US exported to.

This means the US farmers will be getting lower costs for their products. Losing an entire export country would mean both countries would have to learn to adjust to increased prices for things that fit a less efficient system, and the future does seem bleak, as things currently stand.

China was always a comparatively cheap choice. As US importers move on to new countries, they will surely lose a lot of profit because these new imports are going to be much more expensive than the great deal they were getting from China.

As the economy plummets down, the US may have to begin stockpiling for clutch times. While things do seem fairly okay at the moment, to maintain what they currently have.

They must sacrifice on exporting or earning from their present good at once by saving them for a time where they may need them.

Considering that this is a political matter, everyone has their take on it. Emily Gilbert has a master’s degree in financial management.

She worked as a financial manager at several different companies before finally landing her job at product description copywriting, where she has been writing for two years now.

The general idea seems to be that the US has made some rookie moves and played right into the hands of their rivals, ending up just where they were meant to all along. Since the US started this, the country intended to gain from it, but rather, they seem to be losing more than anyone else in the situation.

Not only that, but the situation has also threatened its global position, which it worked to maintain so hard and for so long.

The US had planned on strengthening its foothold in Asia, but with certain recent events, it seems that it ended up doing the opposite.

A lot of countries might not want to do business with them at this point, considering their relationship with China and the fact that they were the ones to initiate the war.

China’s economy is impacted negatively by this as well.

The trade war has caused a decrease in China’s GDP this year, which has been the lowest number it has had since 2009. This slows China’s investment; aside from the intellectual property theft charges from the US.

Both countries now need to make structural changes to cope with their lost resources and somehow find new ones as a replacement. China’s economic market is a great attraction for foreign countries, which is something it needs to maintain to maintain its global reputation.